Hosted by journalist, educator, and KBLA Talk 1580 Chief National Affairs Analyst, Dr. Nii-Quartelai Quartey, “A More Perfect Union” promises to deliver national news of consequence, informed opinion, and analysis beyond the headlines. Every Sunday you can expect compelling content carefully curated by Dr. Nii-Quartelai, an “Oprah” show alumni and Washington D.C. insider with L.A. street credibility as an advocate, organizer, and changemaker. If you’re looking to be engaged, enlightened, and empowered about issues related to national politics, elections, identity, culture change, and social justice, “A More Perfect Union” was designed for you! This two-hour national public affairs program, executive produced by Tavis Smiley, will feature notable journalists, industry leaders, lawmakers, changemakers, tastemakers, and ordinary people motivated to do their part to reach beyond today’s divisions, make sense out of news of the day, and offer us all a chance to build a more perfect union.

Dr. Nii-Quartelai Quartey hosts “A More Perfect Union” and serves as Chief National Affairs Correspondent for KBLA Talk 1580, in addition to being a National Affairs Contributor for TheGrio, political commentator as seen on MSNBC, Guest Lecturer at the Pepperdine University Graduate School of Education and Psychology, and highly regarded public intellectual on matters at the nexus of organizational leadership and social responsibility. He is often sought out to comment on issues related to racial equity, public policy, elections, culture, and identity. During the 2020 election cycle he served as Senior Policy Advisor to Biden-Harris Presidential Campaign and for almost a decade he supercharged AARP’s community, state, and national multicultural affairs work as the first AARP Senior Advisor & National LGBTQ Liaison. Dr. Quartey primarily lives between Washington, D.C. and Los Angeles. Follow him on Twitter and Instagram at @drniiquartelai

← Saturday Line-up BLM’s This Is Not A Drill → 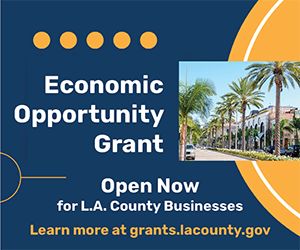 Tomorrow we’ll be talking about stopping “Cop City” in ATL with Kamau Franklin. More Than A Hashtag with the family of #JarvisLykes

Hosted by our own Dr. Melina Abdullah, and Tyler Boudreaux in the co-host chair. Live on facebook.com/BLMLA. Taking your calls at 800-920-1580. #repostandroid #repostw10

Live VOR SHOW: tonight on KBLA Talk 1580
DOWNLOAD THE APP TO HEAR THE CALLERS!!!
#TheRelationshipDismount
#TheHolographicRelationship
#TheShroudedLighthouse
#ZoWilliamsBooks
#KBLATalk1580
#Tavis-Smiley
#TheVoiceOfReason
#TheVOR
#ZoWilliams
@KBLA
@KBLA1580
VOR HOT Topic ALERT
🚨🚨🚨🚨🚨🚨
🔥🔥🔥🔥🔥
⚠️⚠️⚠️
🚨 🚨🚨🚨
🔥🔥🔥🔥🔥
🔥🔥🔥🔥
LAVA TOPIC ALERT:
🚨🥵🥵🥵🥵
🔥🔥🔥🔥🔥🔥
Topic: How “How You Treat Yourself Is How Others May Treat You, and How You Will Treat Them!
“You’re Not Perfect, and that’s ok! A deeper look at how to give yourself Grace!”

How do you apologize to yourself?

Is How you treat others is a reflection of yourself?

What does it mean to give yourself grace?

How you should treat yourself?

True or False?
If we were programmed to be self-blaming instead of self-compassionate, each time we judge ourselves, we chip away at our self-confidence.

Why is it important to treat yourself WELL?

How do I love myself?

How do I develop compassion for myself?

In three words, can you describe your personality.

What Giving Yourself Grace at Work—and in Life—Really Means

Can you Describe your character, including your virtues, vices, strengths, and weaknesses?

What is treat others the way your treat yourself?